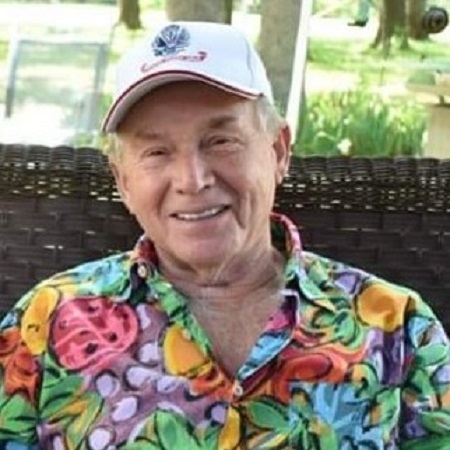 On Wednesday, August 14, 2019 Donald Ray Stewart, 75, of Collinsville, Texas was called home to his Lord and Savior Jesus.

Ray was born on July 2, 1944 in Madill, Oklahoma to Doyle and Florene “Pody” (Erwin) Stewart.  Ray attended Kingston Public Schools his whole life, where he and Janie both graduated.  On April 14, 1963 Ray married the love of his life Janie Stennett in Willis, Oklahoma.  Ray was a very Christian man, a member of the Cross-Pointe Baptist Church, Janie says that having known him for 60 years, she never heard him swear.  He loved his family deeply, and enjoyed spending time with them, golfing and fishing, especially with his grandchildren and his son Damon.  He loved attending any event involving his kids, grandkids, and great-grandkids.  He was the family jokester, he loved telling stories of his childhood and dancing and carrying on with his family.  Ray never met a stranger, and no one could ever say that they disliked him.  He proudly served our country in the United States Army and was a proud member of the Chickasaw Nation.

Ray was preceded in death by his parents, Doyle and Florene Stewart and sister, Virginia NeeSmith.

Funeral Services honoring Ray will be held at 10:00 AM on Saturday, August 17, 2019 at First Baptist Church of Whitesboro, officiated by Rev. Jack Crockett.  Interment will follow at Willis Cemetery in Willis, Oklahoma.  There will be a time of visitation held from 6:00 PM to 8:00 PM at Meador Funeral Home of Whitesboro on Friday, August 16, 2019.

In lieu of flowers, donations may be made in his name to the American Cancer Society, which was a charity that was very near and dear to his heart.