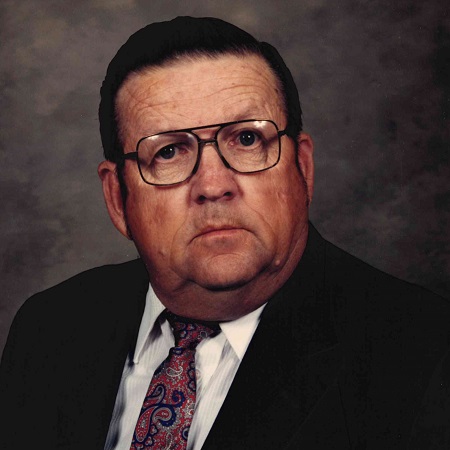 Charles Douglas Wester, 88, of Collinsville, Texas was called to his Heavenly home on Saturday, January 30, 2021.

Charles was born on September 28, 1932 in Lamar County, Texas to James and Annie Mabel (Berry) Wester.  He was a graduate of the Southmayd High School, class of 1951.  He served as a Staff Sargent in the United States Air Force from 1952 to 1956.  Charles married Ella Louise Wood on October 11, 1953 in Dorchester.  He was a member of the First Baptist Church Collinsville.  He enjoyed fishing, gardening, working his cows and just sitting around visiting and telling stories.  Charles was a family man; he loved his family and cherished the times he spent with his children and his grandchildren and all the great-grandchildren.  He served as the Fire Chief for the Dallas Naval Air Station in Grand Prairie.  He retired from Montgomery Ward as a sales associate for the appliance department.  Charles was the assistant Church Treasurer for First Baptist Church and served on the Building Committee and the Pulpit Search Committee.  He served as a Trustee of Collinsville School Board for eight years and served as a past President and Vice-President.  Charles served as a Chairman of Collinsville Park Board.  He was the president of Woodbine Water Supply Corp. in 2000 and served on the board for 30 years.  He enjoyed his time serving the community.

In lieu of flowers memorials may be made in his honor to First Baptist Church Collinsville at P.O. Box 50 Collinsville, TX 76233.

Funeral services honoring Charles will be held at 10:00 AM on Thursday, February 4, 2021 at First Baptist Church Collinsville, officiated by Rev. Jerry Davis and Bro. Ricky Patterson.  Interment will follow at Collinsville Cemetery.  A time of visitation will be held for friends and family one hour prior to funeral services at First Baptist.  Arrangements are under the direction of Meador Funeral Home of Whitesboro.

In accordance with CDC guidelines masks and social distancing will be required at the service and interment.