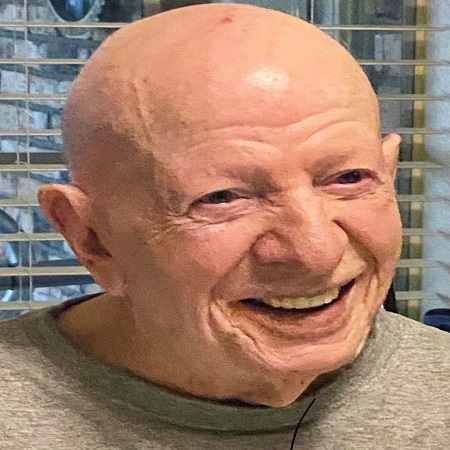 Tony Samuel Leone, 97, of Gordonville, Texas was called to his eternal home on Tuesday, November 16, 2021.

Tony was born on July 26, 1924 in Monessen, Pennsylvania to Arthur and Virginia (Scopetti) Leone.  He married the love of his life Mary Lou Jenkins in Jacksonville, Arkansas on February 11, 1948.  Together they built a life that included five children and travels that would take them around the world.  Tony served in the United States Air Force and retired from there in 1971 after over 20 years of service.  He took the knowledge that he gained and went to work for Lockheed-Martin and later with Boeing, retiring from there.  He loved building things and was proud of his woodshop.  He built cradles for all the grandchildren, as well as chairs and bookcases for people.  He was meticulous in his crafting of his woodwork. While he and Mary were able, they were active members of St. Francis of Assisi Church in Whitesboro.  He was also a member of the Knights of Columbus and the American Legion. Tony was a wonderful husband, father and grandfather.  He took pride in his family and the care he gave to each one of them.  He is famous in his family for his “everything but the kitchen sink” meatballs.  He loved his family greatly.  Mary and Tony always wished for a boy, after having four girls that they adored, they figured that was it for them, however, God had different plans for the family and in 1964 along came their son Tony.  The two Tony’s had a very special bond and cherished the time they had together.  Tony loved his jellybeans, cuties oranges, coffee and his beautiful girlfriend “mama” Mary.  After 73 years of marriage, he still thought of her as his girlfriend, telling her every night I love you.

Tony was preceded in death by his parents, Arthur and Virginia Leone, his siblings and granddaughter, Loura Golliher.

Pallbearers will be members of the family.

Funeral services honoring Tony will be held at 1:00 PM on Tuesday, November 23, 2021 at St. Francis of Assisi Church in Whitesboro.  Interment will follow at Cedarlawn Veteran’s Field of Honor Memorial Cemetery in Sherman, Texas.  A rosary will be held for family and friends on Monday, November 22, 2021 from 6:00 PM to 8:00 PM at Meador Funeral Home of Whitesboro.