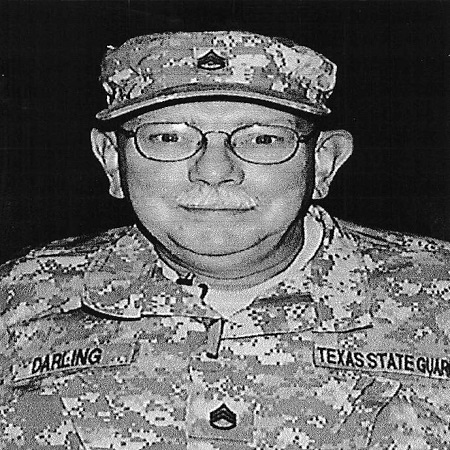 Stephen Rhett Darling, 62 of Gainesville, Texas passed away on November 4, 2020 in Denton, Texas.

The Memorial Service will be held on Saturday, November 14, 2020 at 11:00 a.m. at Westminster Presbyterian Church, 315 E. Scott Street, Gainesville, Texas.

He was born on January 30, 1958 to Don Darling and Mary (Blanton) Darling in Greenville, South Carolina.  He married Barbara Babin in Gainesville, Texas on February 14, 2006.  He was retired from the US Army after 20 years of service to his country.  He was a member of the Texas State Guard.  Stephen was a Deacon at Westminster Presbyterian Church, family man and a Christian.  He was also a loving husband with a great sense of humor.