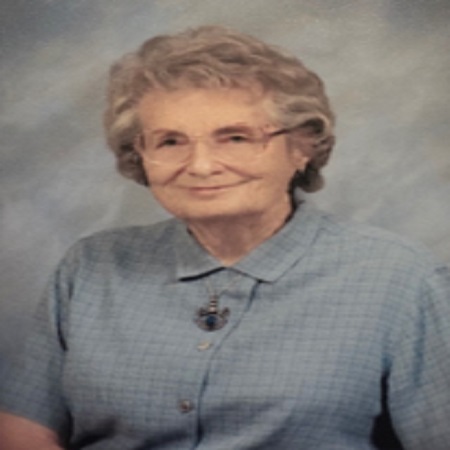 Nell was born on November 13, 1913 in Whitesboro, Texas to William Thomas and Emma (Brooks) Bentley.  She graduated from Whitesboro High School and the North Texas University.  In 1934 Nell Married B.T. Suddath Jr., who preceded her in death as did an infant son.  In 1943 she married William M. Reager of Shamokin, Pennsylvania.  She and her husband pursued teaching careers in New Mexico and Alaska, retiring in Satna Fe, New Mexico in 1976.  They later moved to Whitesboro, where her husband preceded her in death.

Nell is survived by two sisters, Patricia Ann Hall Douglas and her husband, Craven Douglas of Flower Mound, Texas and Blair Hall Hysmith Read and her husband, Richard Read of Shenandoah, Texas; as well as numerous nieces and nephews.

She was preceded in death by her brother, Mark Thomas Bentley and his wife, Jean Bentley, her sister, Mary J. Bentley Findley and her husband, William Morris Findley, her brother-in-law, Clarence O. Hysmith and her great-nephew, Jacob Bentley Sandlin.

The family will be at Meador Funeral Home beginning at 1:00 PM on Saturday, March 14, 2020.  In lieu of flowers, donations to the First Presbyterian Church of Whitesboro, or the Whitesboro Public Library, will be gratefully accepted in her memory.