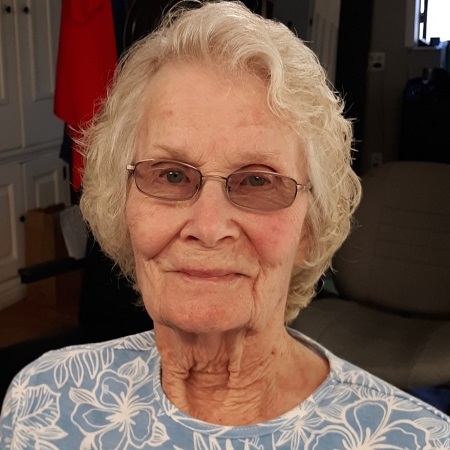 Marion Louise Farmer, 85, of Whitesboro, Texas was called home to her Lord and Savior on Tuesday, July 27, 2021.

Marion was born on October 20, 1935 in Gordonville, Texas to Marion and Mary (Howard) Henderson.  She was a graduate of Whitesboro High School and a member of the Lady Cat basketball team and was on the team the year they went to State.  She married Irvin Edward Farmer in Whitesboro on April 24, 1953 and they raised three children together and were married for 59 years prior to his passing in 2012.  Marion was a loving wife, mother, and grandmother, she was a hardworking woman and loved being outdoors.  She spent many hours out picking up pecans, mowing the fields, and fishing.  She was the glue of the family and loved taking care of them, she was a fabulous cook and was famous in her family for her fried chicken and pies.

She was preceded in death by her husband, Irvin Edward Farmer, parents, Marion and Mary Henderson and five siblings.

Funeral services honoring Marion will be held at 10:00 AM on Saturday, July 31, 2021 at Meador Funeral Home of Whitesboro, officiated by Rev. Rick Carney.  A private family interment will follow at Mount Tabor Cemetery.  There will be a time of visitation held one hour prior to the service at the funeral home.