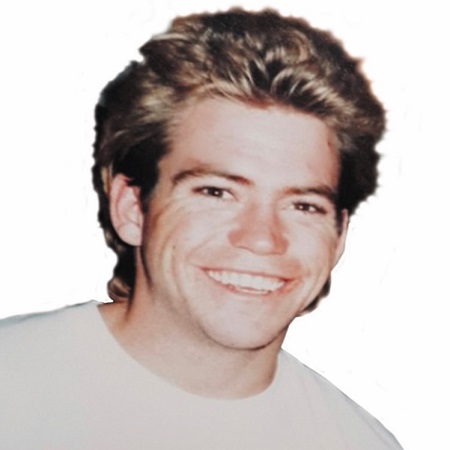 John “Johnny” Phillip Pembroke of Valley View, Texas, passed away unexpectedly Thursday, May 20, leaving behind an adoring family and countless friends. Blessed with a magnetic personality and unmatched wit, he was always the life of the party, bringing laughter and adventure wherever he went, and will be greatly missed.
Born June 17, 1965, in Gainesville, Texas, to Joe Dan and Jessie Lou Phillips Pembroke, he was a 1983 graduate of Valley View High School, where he was a member of the 1980 Eagles state championship football team and — to the surprise of his family — a competition-winning typist. He later attended North Central Texas College.

Johnny spent much of his career in the energy industry, including almost a decade at Quasar Energy Services. Most recently, he worked at Jonah Skipworth Plumbing.

Naturally athletic and fiercely competitive, he excelled at every sport and game he played, from high school football and basketball to farm ball (basketball), horseshoes and spades with family and friends. Self-taught, he was an expert springboard and platform diver. His specialties were his double flip and his one-and-a-half gainer with a half-twist — which he could do forward and backward. Johnny was so proud to teach those skills to his son, Joe Don “Hootie” Pembroke, and they entertained family and friends with their acrobatics off diving boards, docks and pond ropes. He also loved golfing, hunting, fishing, skiing, dancing and all sports.

A friend, encourager and avid fan, Johnny was always the loudest cheerleader in the stands at games and competitions involving his son, nieces, nephews and any other Valley View Eagles team. He also was a peewee basketball coach and enjoyed sharing his love of the game with kids, who never knew what funny antic Coach Johnny would do next.

Known for his special charm and fun-loving personality, Johnny quickly made friends wherever he went. Loyal and generous, he maintained those friendships throughout his life. Always ready with a joke or quip, he spread laughter all around him. He also had an uncanny knack for giving people nicknames that stuck. This was just another way he made people feel special.

Johnny was preceded in death by his parents and his sister, Dana Jean Pembroke.

A memorial service will be held Sunday, May 30, at Meadors Funeral Home in Gainesville. Visitation is at 2:30 p.m. and the service begins at 3 p.m.

“For God so loved the world, that he gave his only Son, that whoever believes in him should not perish but have eternal life.” John 3:16