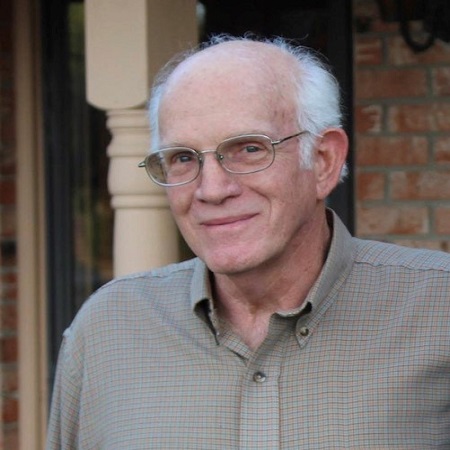 Donald J. King, 79 of Gainesville, Texas, was called home to his Lord and Savior Jesus Christ on Wednesday, October 26, 2022.
Donald was born on November 7, 1942 in Gainesville, Texas to Claudie and Reba King. He attended school in Gainesville. He married his sweetheart Wanda Hunter on July 19, 1963 in Gainesville, Texas. He worked alongside of his dad doing carpentry work as a young adult, then worked at National Supply until they closed. After which, he worked for Stevens Floor Covering for many years. He then went into business for himself laying floorcovering and had a reputation for his hard work and excellence throughout the county. He spent his free time gardening and enjoying time with family. He was a Charter member of Central Baptist Church in Gainesville, where he served God faithfully.
He was preceded in death by his parents, Claudie and Reba King, brother Terry King, great grandson Joshua Castillo, and two unborn children.
Survivors include his brother C.L. King and his wife Sandie King of Callisburg, sisters Shirley Meek of Whitesboro, and Christie Wilson and her husband Jim Wilson of The Colony. Two daughters, Deborah Grimes and her husband Keith of Gainesville, and Devona Neal and her husband Brandon of Gainesville. 6 grandchildren, and 7 great grandchildren.
Funeral services honoring Donald will be held at 10:00 a.m. on Tuesday, November 1, 2022 at Central Baptist Church of Gainesville. Interment following at New Hope Cemetery in Mountain Springs, Texas. A time of visitation for family and friends will be held from 5:00 p.m. to 7:00 p.m. on Monday, October 31, 2022 at the Meador Funeral Home in Gainesville.