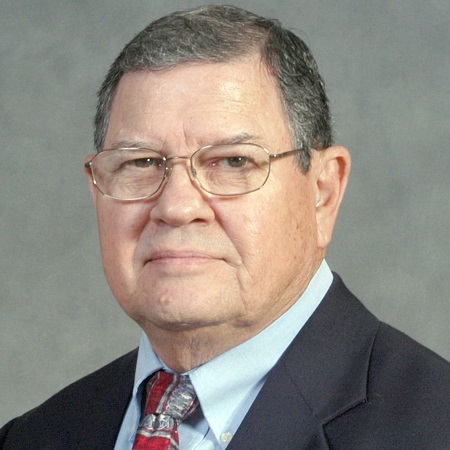 Don Ray Graham was born on January 11, 1939 in Sherman Texas to J.C. Graham and Susie Lee (Pierce) Graham. He left this temporary abode and was greeted into Heaven by his Lord on Sunday, Nov. 22 at the age of 81.

Don grew up in Collinsville and married his high school sweetheart, Betty Dolezalek, after knowing each other since first grade. He attended UTA and NTU where he studied engineering. During a 45-year career he pursued a variety of occupations beginning as a marble and tile estimator and installer where he learned much about building construction. He then entered the emerging electronics field where he was involved in working on the Gemini project with NASA. Always the entrepreneur, he decided to pursue self-employment, first with a battery shop in Lewisville and later a wood shop. In the 1980’s he and two friends purchased a packaging and crating company in Garland where he did a great deal of work for Texas Instruments. After many years of self-employment he went to work for Elliott’s Hardware in Grapevine where he worked until they closed the store.  His final job was for the Lewisville Police Department as a civilian in the Property and Evidence Department which turned out to be his most enjoyable job he ever had. He was responsible for handling all the abandoned vehicles by either locating the owners or selling them at auction. Don was a devoted member of the Collinsville Church of Christ where he served as an elder since 2008. He saw his real career as that of serving God and the church and he considered everything else secondary to that. He was first ordained as an elder for the University Place Church of Christ in Lewisville in 1971. Later, he served the Garden Ridge Church of Christ and in 1998 he began his service for the Lewisville Church of Christ until moving back to Collinsville in 2007. Don also had many hobbies and interests in life, especially anything pertaining to cars. His passion for cars began as a teenager when he was the president of the first and only Collinsville Hotrod Club. His two favorite cars were ’65 Mustangs and Model A’s. Over his lifetime he owned as many as 15 different Mustangs and at least 5 different Model A’s. Most of these he bought “as-is” and restored them. He also loved woodworking and tinkering in his shop. In his later years his interests evolved into gardening and bird-watching.

Don was preceded in death by his parents, J.C. and Susie Lee Graham as well as a brother, Dan Caryl Graham.

He is survived by his wife, Betty; 3 children, Shelly Rubey and Bill of Flower Mound, Darin Graham and Rhonda of Salt Lake City, UT and Todd Graham and Vanessa of Houston. There are also 2 grandsons; Braden Rubey and Jackie of Argyle and Nicholas Graham of Chicago. He is also survived by 2 sisters: Betty Baker (Eddie) of Collinsville and Jo Walker of Stephenville; as well as numerous nieces and nephews and a multitude of wonderful friends.